Can't find what you're looking for?

Our trip to the Gurdwara

On Friday the 2nd of December classes 6R and 6B went on a trip to the Gurdwara in Leyton.

As we arrived we knew we were in the right place as we could see the the Sikh flag known as the Nishan Sahib.

A man greeted us and told us to take our shoes off and put a head scarf on. Some of the children brought their own scarves from home and some of them got given a scarf!

We  got asked some questions - one was about why we had take off our shoes? Fortunately we learnt about this at school and were able to explain that we took off our shoes as a sign of respect.

We then went upstairs to the prayer hall. During our time in the prayer hall, the men told us a story told by Guru Nanak, the founder of Sikhism. The story was about a boy's father who gave him some money to buy clothes and food and then sell them on to make a profit. However, when the boy passed a jungle he offered to give the money to a group of poor saintly people, but they didn’t think they needed the money so they didn’t take it, the boy then went into the town and bought some clothes and food for the poor people and gave it to them!

After being told the story we went back downstairs to the langer where we were given a drink and some food, and then it was time to collect our shoes and go back to school.

Time flew past at the Gurdwara, however, it was very interesting to see the clothes the Sikhs were wearing and to see how they pray. 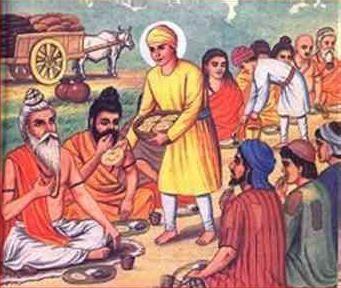 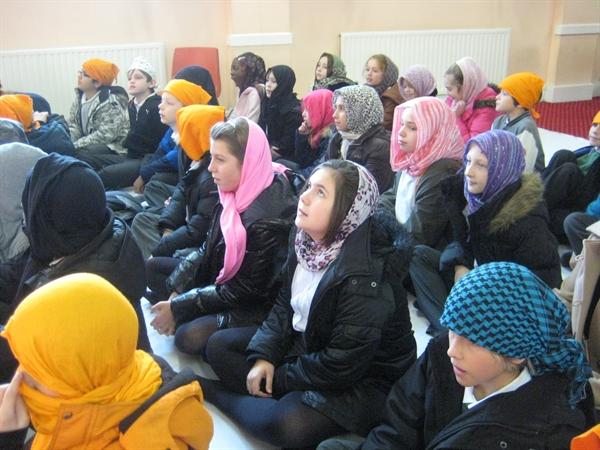